Work on the Youth Mobility Index (YMI.Asia) began with one premise: to better support young Asians who are setting out to change the world. This year, the DotAsia Organisation is celebrating our 10 year anniversary of the launch of the .Asia global Top-Level Domain. The DotAsia initiative nevertheless was first discussed almost 20 years ago in 2000 when I myself was an Asian youth looking to change the Internet as an innovator of technologies to allow domain names and email addresses to be expressed in any native language.

In the last 10 years since the launch of .Asia, we have been able to support meaningful initiatives across Asia such as the One Laptop per Child initiative in Asia, Creative Commons in Asia, Wikipedia and Wikimania events in Asia among other Asia Internet community development work such as the Information Society Innovations Fund (ISIF.Asia), the charity media Go.Asia and the free crowdfunding platform Give.Asia. One of DotAsia’s flagship programs standing tall, is the NetMission program, which is a youth ambassadors program for youth, by youth, focused on Internet governance issues from digital divide to privacy and social innovation. NetMission alumni have been elected to regional and global Internet leadership positions and committees, and have sparked a global movement with the first Youth Internet Governance Forum (YIGF) in Asia and the first [email protected] Today, many regional and national IGF initiatives include a youth component and NextGen has become a regular program featured at every ICANN meeting, and DotAsia is proud to have been there to seed the spark that has ignited a global flame.

To commemorate the first decade of .Asia, and building on our decade long dedication and knowledge in supporting youth engagement and development in Asia, a special taskforce was commissioned to look into an initiative that could become a beacon for DotAsia into the future. Beyond the team internally, we drew upon supporters, consultants and academia to help formulate and eventually produce this Youth Mobility Index (YMI.Asia). We are especially grateful to have the support and guidance from Andrew Mack, David Ketchum, Chitat Chan, Malavika Jayaram and Shanthi Robertson on the journey for the creation of the YMI. We have great aspirations for YMI to become a tool that could support young innovators in Asia. Of course the rankings could help young entrepreneurs think where they might go to kickstart their idea, or for students to consider where to go for university and where to aim for landing their first job. More importantly, we hope that the YMI could inspire further studies to support and inform policy development locally and regionally to enhance youth mobility across the region.

We are in the Asian Century. The mission of DotAsia is to operate a global Internet infrastructure (the .Asia TLD) with regional significance to support Internet development and adoption across Asia. The vision of DotAsia is that through the cultivation of a collaborative Internet community in Asia, we could inspire a collaborative Asia. With the world’s economic gravity shifting towards Asia, globalization and all of its discontents of income disparity, erosion of community priorities, etc. will also proliferate. Youth mobility in a multi-dimensional way, including social mobility, geophysical mobility and digital mobility, is important to promote social equity and shared rewards of the rapidly growing prosperity. Mobility enhances collaboration, and collaboration promotes peace. The Internet is a potent platform and tool for facilitating understanding, but also an equally potent force to become an echo chamber. Digital mobility therefore plays a critical role both in economic development as well as social, especially for a young Asia with a large proportion of its population being youth and online.

The results from this inaugural edition of YMI in 2018 indicates a solid foundation for the methodology framework. The rankings and scores positively correlate with yet meaningfully build new knowledge onto other well established indicators, providing a rich set of tools for comparative studies. This groundwork will allow YMI to be continuously refined into the future with better and more representative data as the initiative grows and can draw upon richer source data. The plan for continuous improvement is also part of the thinking behind the development of YMI. While DotAsia is not a large organization, our strength is in our independence and economic stability through the operations of the successful .Asia domain. The attractiveness of the .Asia domain is built on the attractiveness of the region for business and for social development. The mobility of young Asians to make a difference for Asia. The success of YMI ties back into the success of .Asia, reinforcing regional collaboration. Next time you are thinking of starting something from Asia or for Asia, think of making it happen on a .Asia domain name!

The YMI framework has provided a set of tools to measure the mobility of the younger generation. It is exciting to learn that YMI scores are highly correlated with GDP per capita, Global Competitiveness Index (GCI), and the Human Development Index (HDI). How the Internet Factors created an advantage for the locality in supporting youth mobility is an area worth further exploration and discussion. The Internet is affecting every aspect of young people’s lives, it is much more than just a means of communication. We are in an age of technology fusion, which blurs boundaries between different disciplines, and even between physical and cyber domains (Chan & Holosko, in press). The impact of the Internet goes beyond increased efficiency in mobility and getting information. New technologies expand young people’s realities and have changed how they work, how they learn, and how they carry out social processes (Chan, 2016a, 2016b; Chan & Holosko, 2016; Chan & Ngai, in press).

There is significant statistical evidence that the current generation of young people globally are increasingly ‘on the move’. The conditions of globalised modernity create economic as well as social imperatives that structure the lives and aspirations of contemporary youth in many parts of the world towards transnational movement, whether conventional forms of migration or other less permanent and less linear forms of mobility (Robertson, Harris and Baldassar 2017). Youth mobilities increasingly consist of ‘blended’, rather than discrete, ‘stream’ of mobility.

Youth mobility measurement and policy needs to focus on impact of reciprocal and multi-directional circulations of capital, skills and people as a result of youth mobility rather than simple demographic measures of ‘brain drain’ i.e. ‘out-migration’ or ‘brain gain’ i.e. in-migration. Circulations of social and cultural capital and technological and social innovation are driven by the physical mobility of young people as well as their digital networks across borders within the Asian region. Wealthier countries will benefit from increasingly out-mobility for future cultural capital within their workforce that will enable engagement with emerging regional markets as well as building ‘soft diplomacy’ links. Developing countries could benefit from making incoming transient mobility of students, professionals and creatives attractive and also from ensuring that local young people who leave are encouraged and supported to maintain ongoing relations with their home countries via investments and innovation, both social and financial. Policies that encourage return migration, diaspora engagement, cross-border innovations and talent exchange shore up the benefits of youth mobilities.

The extraordinary growth of the mobile Internet across Asia Pacific carries the promise of a more inclusive digital economy, yet Internet experiences and their transformative potential are increasingly diverse. Other kinds of socio-economic metrics may be needed to grasp the differences. As crucial services and knowledge resources move increasingly online, the risk of a stratifying Internet and digital exclusion becomes an increasingly serious problem for those who depend on support and services most. (Julian Thomas (2016): The Stratifying Internet: Measuring digital inclusion in the mobile era)

China now leads the world in mobile payment (86% vs. 43% percent global average), and online commerce penetration (98%). This is not confined to China’s leading cities, even a Tier 3 city in China now offers many online mobile-access conveniences surpassing those in leading Asian cities like Singapore, Hong Kong, and Tokyo. Key factors underlying this shift include China’s mobile-native population which largely skipped desktops and laptops and went straight to personal mobile devices and a strong latent entrepreneurial capacity. (Samuel Chua (2017): Lead Leapfrogger: Chinese O2O Commerce and The Nature Of Cultural Innovation)

While there are many ways on the Internet that viewers can challenge oppression, the audience’s unquestioned faith in the Internet smother dissent and critique. (Renyi Hong & Digital Asia Hub (2016): #CokeDrones and the Good Life: Migrant Workers in Singapore and the Politics of Recognition)

The YMI framework provides a comprehensive set of indicators for youth digital mobility to be considered, and can be a valuable tool to support collaborative research, knowledge sharing and capacity building related to Internet and Society issues with focus on digital Asia. 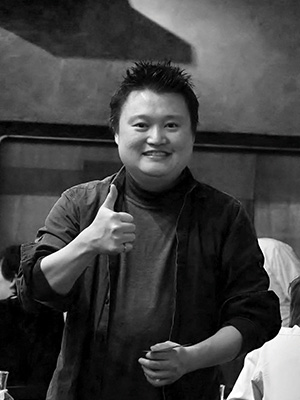 Edmon Chung is the CEO of DotAsia Organisation and heads the secretariat for the Asia Pacific Regional Internet Governance Forum (APrIGF). Edmon serves on the board of the Internet Governance Forum Support Association (IGFSA), and on the Executive Committee of Internet Society Hong Kong and participates extensively on Internet governance issues, especially to support youth participation. Edmon is an inventor of patents for internationalized domain names (IDN) and email addresses. Edmon won the Most Innovative Award in the Chinese Canadian Entrepreneurship Award in 2001. In 2000, Edmon was selected by The Globe and Mail as one of the Young Canadian Leaders. Edmon has a Bachelor of Applied Science and Master of Engineering from the University of Toronto, where he won the Centennial Thesis Award for his dissertation.

Dr. Chitat Chan (https://www.polyu.edu.hk/apss/people/academic-staffs/310-dr-chan-chitat) focuses on information and communication technology (ICT) research in human services, particularly in areas of youth services and youth development. Dr. Chan was a frontline social worker in the 1990s, worked in the field of ICT in education in the 2000s, and has been actively involved in social work research and education since 2010. 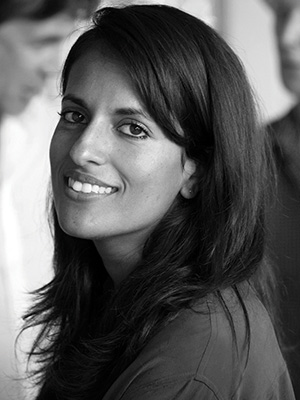 Dr. Shanthi Robertson (https://www.westernsydney.edu.au/ics/people/researchers/shanthi_robertson) is a sociologist and Senior Research Fellow at the Institute for Culture and Society at Western Sydney University. Her research interests centre on migration and transnational mobility, diversity, citizenship, youth and urban space. She is currently Chief Investigator on two Australian Research Council projects: an early career research fellowship (DECRA) on temporality, mobility and Asian temporary migrants to Australia and a five-year collaborative Discovery Project on the economic, social and civic outcomes of transnational youth mobility for young people moving into and out of Australia for work, leisure and study. Her most recent publications appear in Geoforum, Journal of Ethnic and Migration Studies, and Journal of Youth Studies. 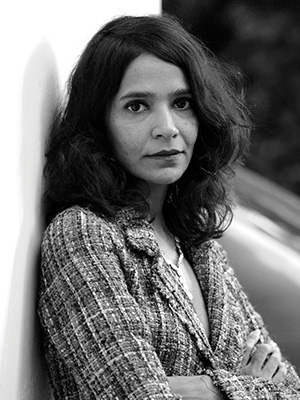 Malavika Jayaram (https://www.digitalasiahub.org/governance/executive-director/) is the inaugural Executive Director of the Digital Asia Hub. Prior to her relocation to Hong Kong, she spent three years as a Fellow at the Berkman Klein Center for Internet & Society at Harvard University, focused on privacy, identity, biometrics and data ethics, and eight years in London, with the global law firm Allen & Overy in the Communications, Media & Technology group and as Vice President and Technology Counsel at Citigroup. In August 2013, she was voted one of India’s leading lawyers – one of only 8 women to be featured in the “40 under 45” survey conducted by Law Business Research, London. She was a Visiting Scholar at the Annenberg School for Communication, University of Pennsylvania, and has had fellowships at the University of Sydney and the Institute for Technology & Society, Rio de Janeiro. She is on the Advisory Board of the Electronic Privacy Information Center (EPIC).